Three frameworks for the prevention of family violence across Aotearoa were launched by the Ministry of Social Development (MSD) on Monday, 6 July 2020.  You can watch the launch here.

Each initiative has its own particular community focus and audience, but the collective impact of this work is to create long term positive change for families.

Success based on lived experience

MSD’s Chief Science Advisor, Professor Tracey McIntosh, spoke at the launch and commented on the fact that the right people have had input into this strategy.

“The interactions that I have had with it [E Tū Whānau] has been astonishing by the passion, the commitment and the knowledge. These are people who are experts – people in whānau, in communities – who want to create change.”

“They want their children’s children to flourish. That is absolutely the heart of E Tū Whānau.”

“It’s a messy place, it’s a difficult place, these are really hard spaces to work in but within those communities, those people who have lived experience, they are our experts and we should listen to them.”

Communities have had significant input into the design and delivery of the three frameworks, which recognise the profound influence that social environments have on people’s lives.

This work is considered crucial in the Government’s COVID-19 response and recovery. It will support vulnerable families and communities to build strength and resilience as they face the impacts of COVID-19.

It will also be a key part of the prevention work within the Government’s Joint Venture national strategy to address family violence.

Psychologist Dr Neville Robertson said that over the 35 years he has looked at the family violence response system where there was almost nothing happening in the prevention space. Government’s got a crucial role in stopping violence but the key is to work in genuine partnership.

“I see in this kind of initiative a real effort to get alongside community, alongside whānau, and that’s really constructive.”

E Tū Whānau is a kaupapa Māori strategy, which has also been embraced by former refugee and migrant communities; Pasefika Proud has been developed in partnership with Pacific communities in New Zealand, and the Campaign for Action, with its primary campaign It’s not OK, uses public health, community action and social marketing approaches to shift harmful norms and attitudes, and promote positive behaviour change in men.

“How can we make a difference?”

“We can’t continue to do what we are doing now because it’s not working for us. We need to take ownership because we are the experts of our own families.  We know all about the problems – the issue now is ‘how can we make that difference?’ ”

“With those strategies, it’s moving us forward, it’s empowering us and making us feel great, that we can make that difference. It’s awesome!”

Community worker Eugene Ryder acknowledged the champions that are behind the collective kaupapa of these frameworks, and in particular E Tū Whānau’s Ann Dysart.

“The champions that are behind this kaupapa that are hardly seen – it’s acknowledging their mana in these spaces. I can’t not mention Ann Dysart – she is the real champion behind, she is the drive behind a lot of whānau who have made changes in their lives. A lot of families have been touched by her in a positive way – enough  that their children are going to be the chiefs of tomorrow.”

You can read each of the frameworks below: 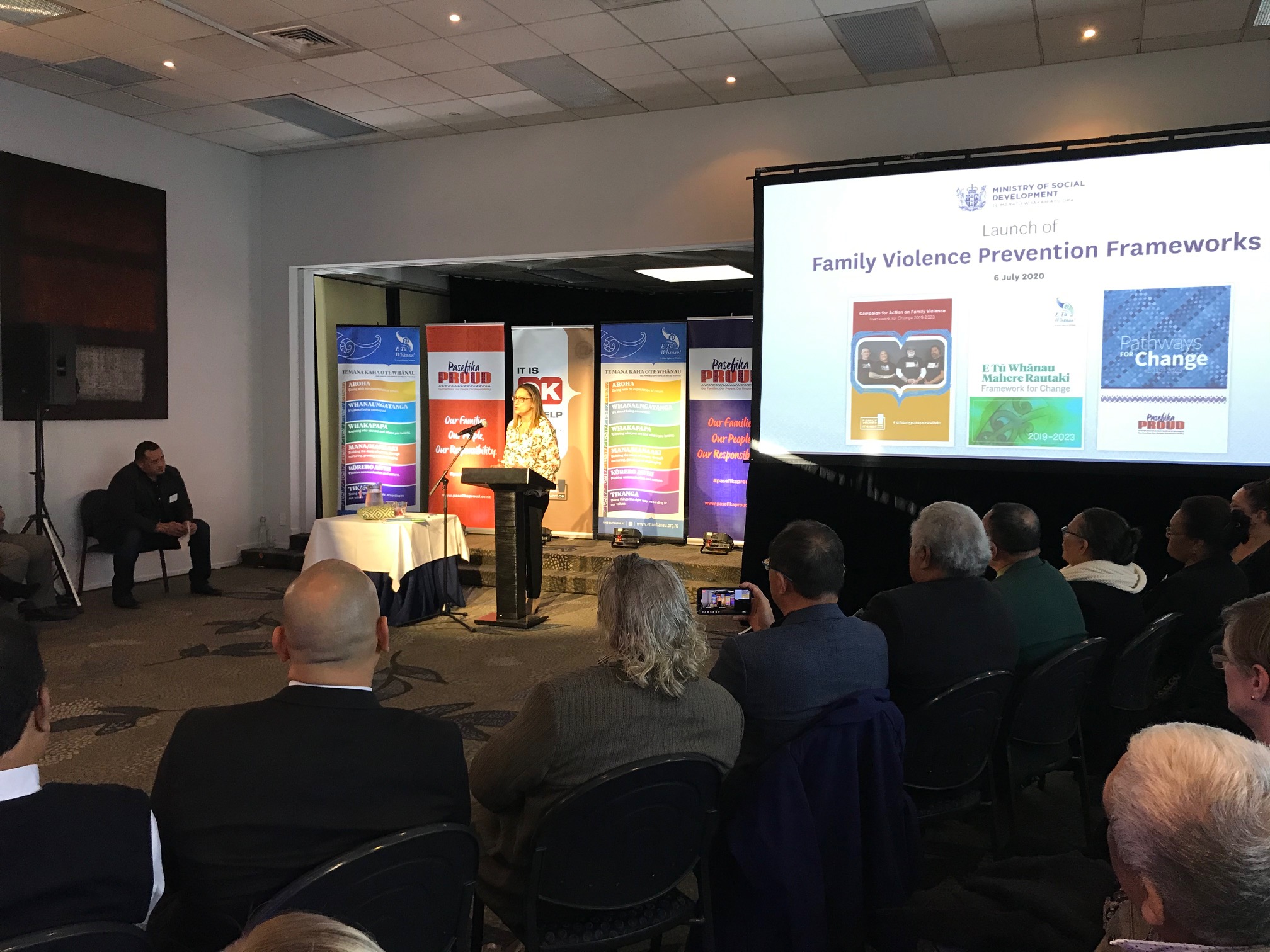