The Māori Reference Group members are Māori community leaders who contribute a diverse range of skills, knowledge and experience. They have a responsibility to represent Māori interests as broadly as possible.

The Māori Reference Group provides strategic advice for E Tū Whānau, and has input into government policy that affects whānau wellbeing. It provides an important brokerage role, and point of exchange, between government and Te Ao Māori. It’s committed to supporting and advocating for the many initiatives that exist within whānau, hapū, iwi and communities throughout Aotearoa.

Current members of the Māori Reference Group are part of a wide group of kahukura who have devoted their talents and energy over many years to supporting the E Tū Whānau movement. 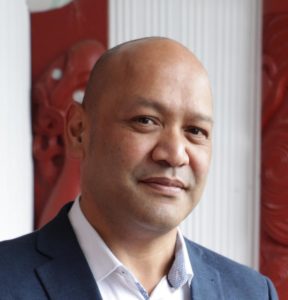 Toa was formerly CEO of Te Rūnanga o Whaingaroa which provides a range of services to the community, including emergency housing, financial capability and social services.  Under his leadership, the rūnunga developed an innovative emergency and transitional housing complex on Whangaroa Harbour, and an ambitious Violence-Free Whangaroa/Kaeo kaupapa.

Toa has recently taken up the role of CEO for NorthTec in Tai Tokerau.

Toa also has leadership roles in a coalition of Māori providers from Tai Tokerau, the Northern place-based initiative, and is involved in a range of iwi initiatives providing advice to government.

He is an energetic and passionate advocate for the E Tū Whānau kaupapa. 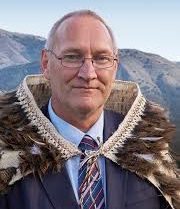 Tā Mark is an experienced and respected leader of his hapū, his iwi and the wider New Zealand business community. He is a strong advocate for Māori.

He has served as a member of his local school board and of the board of the Museum of New Zealand Te Papa Tongarewa (2001-2007). He has also served as trustee of Takahanga Marae in his home kainga of Kaikoura and as kaiwhakahaere of Te Rūnanga o Ngāi Tahu for nearly 18 years (1998-2016).

As a strong supporter of the E Tū Whānau kaupapa since its inception, Tā Mark is an outspoken advocate for violence- free whānau.  He believes a true rangatira is a servant of the people and he reflected this belief in his role helping establish the Iwi Chairs Forum in 2005, and in his ambition of kotahitanga for Māori. 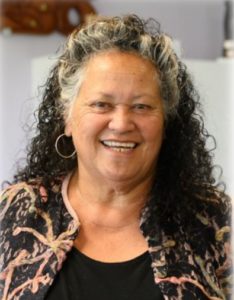 Katie is the Kai Arahi of Waitomo Papakainga, a whānau-based and focused kaupapa Māori social service agency in Kaitaia. Waitomo Papakainga supports a wide range of programmes and activities. These include an alternative education class for students from the local high school, a second-hand shop providing affordable alternatives for whānau, and Super Māori Fellas – a group of tāne who have taken a very public stand against violence.

Katie is actively involved in her community of Te Hiku o Te Ika, and has a degree in social work. She is Deputy Chair of Te Rūnanga o Te Rarawa, as well as being the Chair of Te Hiku Social Accord.

Katie is a visionary wāhine Māori who is straight-talking, passionate and committed to the restoration of tino rangātiratanga for whānau, hapū and iwi. 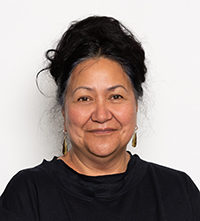 Donna is Deputy Chairperson of Ōtākou Rūnanga and Chairperson of Ōtākou Health Ltd. She is also a member of the University of Ōtagō Council, a Trustee of Well South Primary Health Network, Representative for Te Rūnanga o Ngāi Tahu, a Gambling Commissioner, and Chair of the Independent Children’s Monitor Kāhui Group. 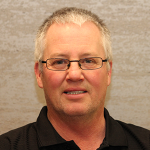 Richard has, over many years, held a number of governance and management roles for the furtherance of the rangatiratanga of hapū and Iwi o Mōkai Pātea.

Richard sits on the board of Mōkai Pātea Services which works alongside the other providers in the region to provide wrap around Whānau Ora health, social and iwi / hapū development services to the whānau, hapū, iwi and community.

He has a strong professional interest in health research, tourism and conservation.

Haami is the Chair of Te Rūnanga o Te Rarawa. He has spearheaded key Māori development projects in the public sector and served as Chief Executive of Te Taura Whiri i te Reo Māori (the Māori Language Commission). He is an inaugural member of the Hiku o Te Ika Social Wellbeing and Development Accord, which monitors the delivery of social services in the Far North by 16 statutory agencies.

Haami is an active participant in the Regional and National Iwi Chairs Forum where he has chaired the Education and Social Sector Iwi Leaders Working Groups. He is a leading advocate for E Tū Whānau.

Haami is also a member of the Social Wellbeing Governance Group (Northland) which addresses the issue of youth suicide and also looks at the challenges faced by vulnerable families. He has been engaged by the Minister of Education in the Cross Sectoral Forum on Raising Achievement Standards, and is a member of the Ministerial Working Group on the roll-out of ultrafast broadband to New Zealand communities. He was also a Board member of Social Policy Evaluation and Research Unit.

Merepeka is an elected member of the Rotorua District Council and the Lakes District Health Board, and she is the Chair of the Whānau Ora Commissioning Agency. She was actively involved in the establishment of Whānau Ora as the Deputy Chair of the Te Arawa Whānau Ora Regional Leadership Group, and was appointed to the Whānau Ora Governance Group in 2013. Merepeka is also a Trustee of her hapū Ngāti Rangitihi Post Settlement Entity.

Merepeka has an MBA in International Management, and has worked in the public, private and NGO sectors. She has also been involved in community and Māori economic development for the past 20 years.

She is known for her strong and outspoken stance against violence in the home, believing that women and children have the right to live free from violence. Merepeka lives in her tribal area of Rotorua.

Roni is CEO of Waikato Women’s Refuge, Te Whakaruruhau. She has worked in the area of family and sexual violence since 1986, when – along with other wāhine Māori – she helped to set up the first Māori Women’s Safehouse, which still operates today. Since then, she has been involved with numerous agencies, panels, and groups in key lead roles, implementing various regional and national programmes and projects.

Roni is experienced in relationship management with iwi, refuges, and communities. She was recently appointed to the role of iwi representative in the Tainui rohe, specifically regarding family and sexual violence.