A spirited  hikoi of 200 rangitahi took to the streets of Ōpotiki on 22 May to wrap up Youth Week 2014 in the Bay of Plenty town. ‘Be the change’ was their catch-cry and their challenge to their whole community. 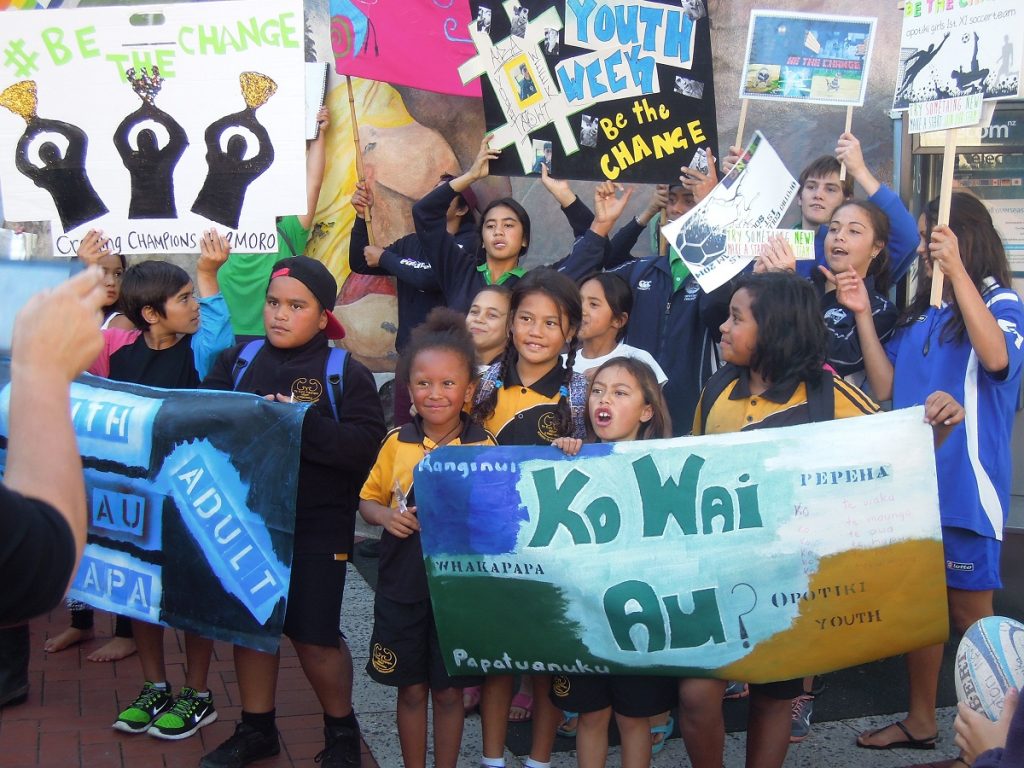 Louise Erickson, from Whakatōhea Māori Trust Board said Youth Week 2014 was the biggest and best ever. When the Board surveyed 750 Whakatōhea whānau four years ago, many of the adults were pretty negative about their young people but the 150 rangatahi  who responded said they wanted to live in a community that valued and respected them.

Louise and her colleagues are quick to point out that there is nothing wrong with rangitahi but there’s plenty of opportunity for whānau to step up and support them.  Maybe they’d be inspired by Ōpotiki College head boy Tairongo Hudson who told the hikoi.

“Remember whānau, be the inspiration. Don’t count the days. Make the days count. Be the change.”